Super Hero: As 3-Year-Old Fights For Her Life, Village Rallies Around Family 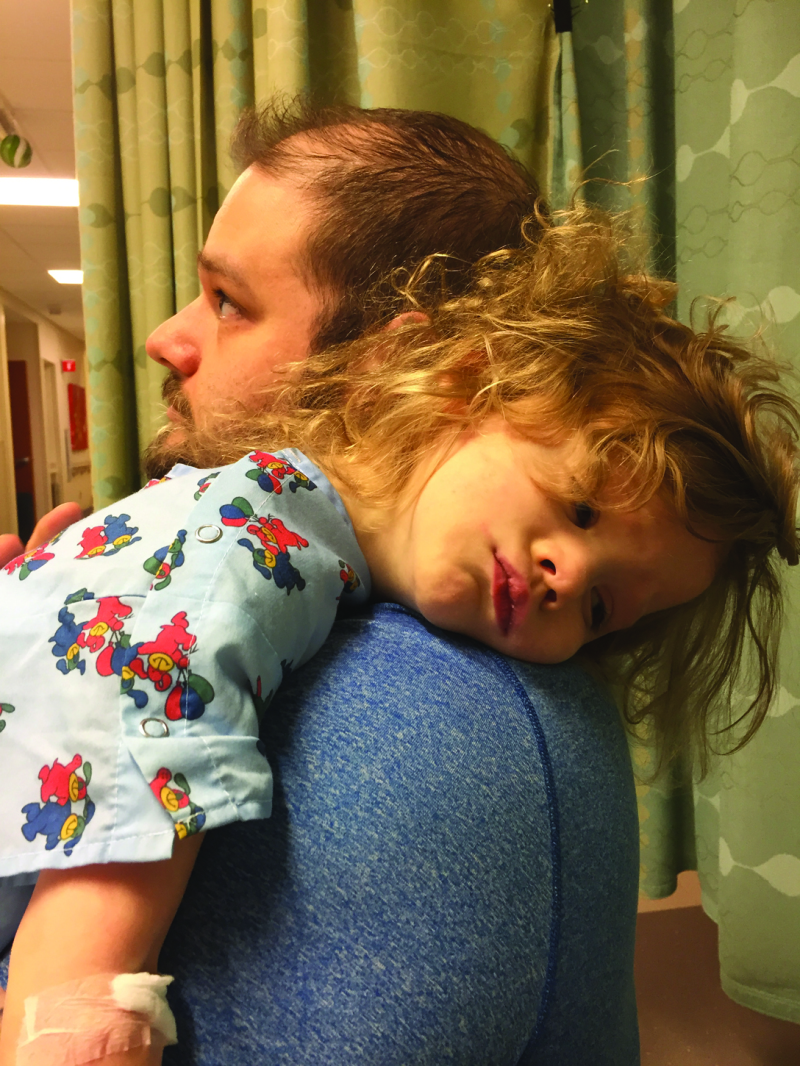 For Adrian Sandelin, 3, daughter of Roger and Danielle Sandelin, fighting has become a way of life. The little girl has had to fight for her life, all of her life.

Born with Shone's Complex, a congenital heart defect, Adrian has had more surgeries in her young life than most will have in their entire lifetime. She had open heart surgery five days after she was born.

"She is the toughest kid I have ever seen in my life," Danielle said. "She rallies quickly, even through she is in pain. She hides the pain and is just the typical three-and-a-half-year old. She is intelligent and fun. She just has been dealt a tough blow."

In December, Adrian began having pain in her stomach, Danielle said. They learned she had an infection in her pancreas which required surgery. On May 30, Adrian had to be airlifted to Cincinnati Children's Hospital.

"We were told to call the family," Danielle said. "It was a punch in the gut. She has had several procedures since then. It has been a one step forward, two steps back type of thing."

Adrian is still in Cincinnati, which has required her parents to be with her. Danielle, a nurse at the Toledo Hospital, took a leave of absence from her position to be with her daughter.

"Right now, she is now my full time job," Danielle said. "She has not been able to eat or drink since December 8. She has a [jejunostomy tube] that bypasses her pancreas. She also has a central line and has had blood clots daily. We do not know if there will be another pancreatic surgery."

To top it off, with Shone's Complex, Adrian is also looking at further surgeries down the road to fix the heart issue that can and most likely will creep up.

"Luckily her heart has held out through this," Danielle said. "[The doctors] call her a puzzle. There are so many things going on. We all feel like there is one piece of the puzzle that may tie it all together."

Roger is a resident at Toledo Hospital and is hoping to become an Obstetrician/Gynecologist in a little over a year. His graduation time has been put off because of the time he has had to be away from the hospital.

"It has been stressful on the other kids as well," Danielle said. "Adrian is alive and with us and she is our super hero. The kids love each other so much and rally together. I have not been home in seven weeks and it has been hard."

Chris Paterwich-Taylor and Allison Johnson have started a YouCaring Page to help the family with childcare, day to day housing costs for the family and some associated medical expenses. To date, over $20,000 of the $100,000 goal has been raised.

"It is unbelievable," Danielle said. "We do not feel worthy of all of the love and support we get. The schools are supportive. Our bosses and jobs are supportive. The Village has become our adoptive family."

For more information or to make a donation, visit: www.youcaring.com/adriansandelin