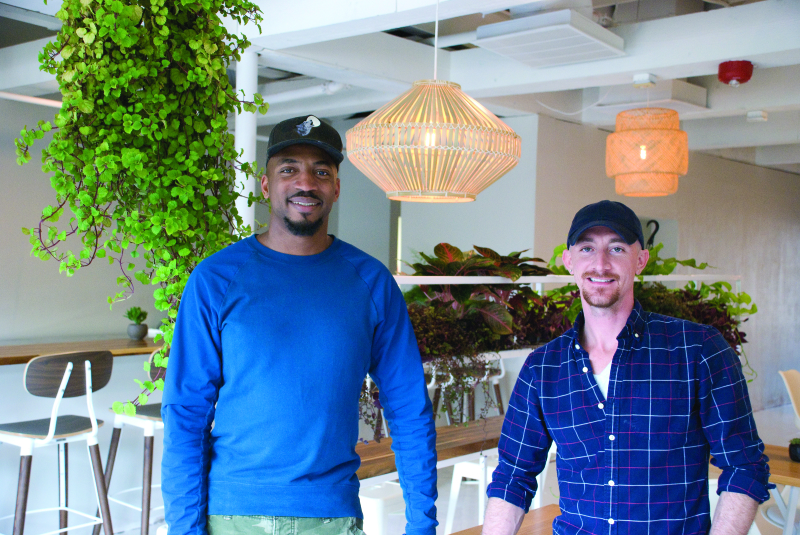 Area diners striving to embrace a healthy diet have a new place to consider. Rasa Restaurant and Bar, at 2633 W. Bancroft St., opened for business in September.

According to owner Brent Divine, the 70-seat restaurant is all about "healthy, conscious living."

"We're going to have lunch, dinner, and weekend brunch," he said. "The food is obviously local, seasonal, fresh, organic ... all that stuff. We've got a new chef in from Brooklyn, so he's got a great menu, small plates, some pastas, obviously there's going to be some meat. It will be sort of a vegetable-dominant menu, but certainly not vegetarian."

A member of the Ottawa Hills high school class of 2001, Divine also is an owner of Yogaja Yoga at Cricket West. His yoga background has influenced the name of his restaurant.

"Rasa is a Sanskrit word that means nourish, to nourish or root or essence," he said. "But when we study yoga, we also study the ancient Indian Language Sanskrit, so we just thought we'd come up with a cool name to go along with that."

His restaurant has also been influenced by his experiences.

"When I was young and growing up, we would always travel and go to really interesting, different, great places to eat and so that's a big influence," he said. Before heading to college, Divine also spent "a few years in the mountains rock-climbing, desert-trekking, kayaking, doing all that stuff."

His experiences have shaped his business ideas.

For the past year, Divine has been working hard at making his idea a reality. While he is not building his restaurant entirely from scratch - it is in the same space that used to house Rick's City Diner - he has been making it over into a new and original space for Rasa.

Divine is especially excited about working with other locals to create the perfect atmosphere for Rasa.

"The whole restaurant itself is sort of a collaborative effort, so we're getting all of our plates made here by a local artist who does ceramics," Divine said. "We're also partnering with Floral Pursuit downtown. They're going to be providing a lot of live plants and tablescapes that people can buy."

Divine is looking forward to giving people a fun place to go to and eat.

"When I moved away, I lived in New York for a little while and Chicago and just coming back to Toledo, obviously a lot of people say this, but there isn't really a lot of things to do, nightlife or different kinds of things to do," he said. "So, we kind of wanted to bring that world influence and see what happens. I think people will be really receptive. It's going to be a really fun, lively, casual atmosphere."